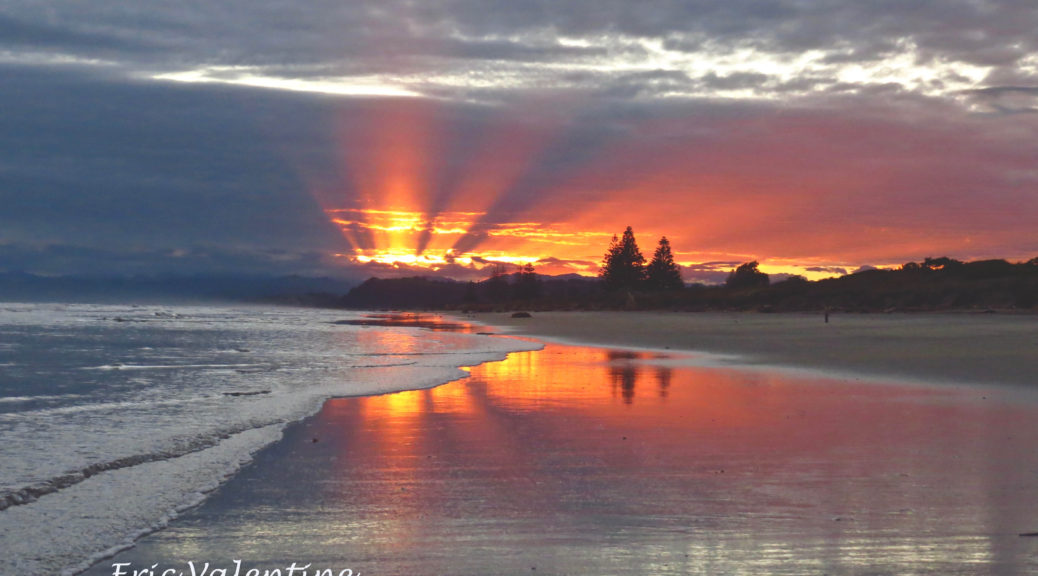 Ohope calls itself the “sunshine capital of New Zealand.” Frankly, I would call it the “sunrise/sunset”  capital. The Bay of Plenty was named by Captain Cook in the 1770’s after he found abundant provisions to replenish his ships along this coastline.

Since it faces northwards, Ohope Beach benefits from both sunrises and sunsets. As you can see, the colors glow magnificently. At sunrise, the mountains of the East Cape of the Bay of Plenty are often blanketed with clouds. This cloud cover creates a mystique to the land behind these mountains. Beautiful coves and beaches lie beyond the East Cape.  It was the filming site for the excellent New Zealand movies, “Whale Rider” and “Boy.”