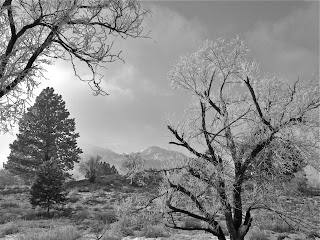 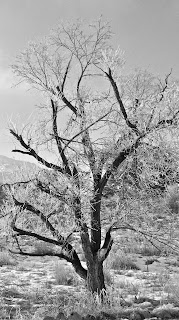 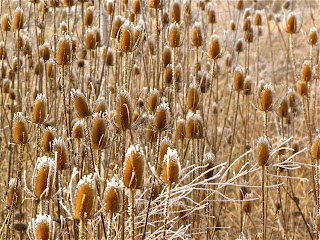 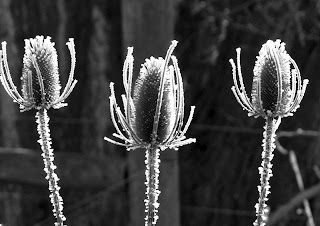 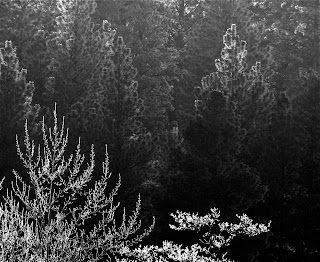 Hard rime is a white ice that forms when the water droplets in fog freeze to the outer surfaces of objects. It is often seen on treesatop mountains and ridges in winter, when low-hanging clouds cause freezing fog. This fog freezes to the windward (wind-facing) side of tree branches, buildings, or any other solid objects, usually with high wind velocities and air temperatures between −2 °C(28 °F) and −8 °C (18 °F).

Hard rime formations are difficult to shake off; they have a comb-like appearance, unlike soft rime, which looks feathery or spiky, or clear ice, which looks homogeneous and transparent.