Fears that the Confederate navy might travel up the Kennebec River and attack Augusta, Maine, led to the construction of Fort Popham in 1862.  Built near a site colonized in pre-revolutionary days by George Popham, the walls form a crescent shape. Their granite blocks glow golden in the late afternoon sun. The artillery consisted of thirty six cannons that were arranged on two levels; each cannon weighed 25 tons and fired solid shot, each weighing almost 480 pounds.  The fort was reactivated during the Spanish-American war and World War I.
The Fort offers wonderful colors and contrasts to photograph.  And the peaceful bay creates wonderful reflections. Of course, you don’t need to be a photographer to enjoy the walks along the beach and the delicious lobster rolls. 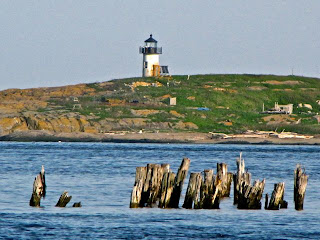 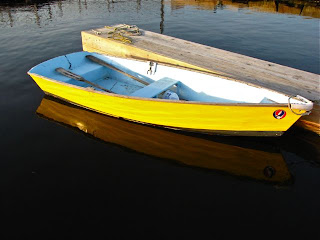 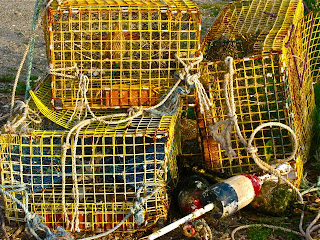 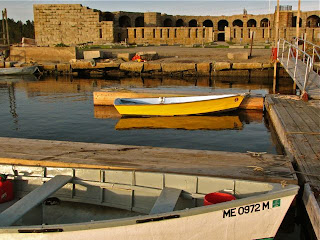 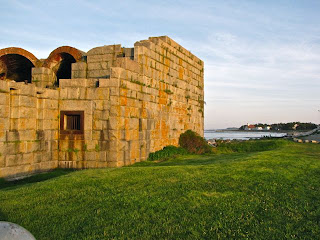 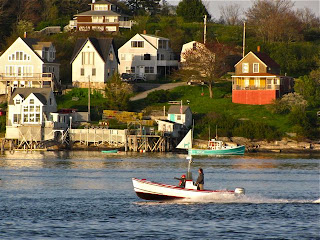 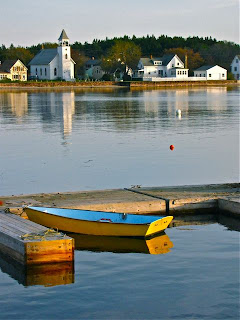 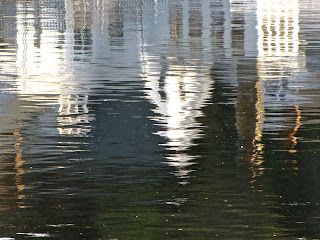