Designated a National Park in 1910, Glacier’s million acres of pristine ecosystem is the crown jewel of the American Rockies–although its Canadian counterpart is equally spectacular. From NE Oregon, the drive takes a long day.  Meg and I arrived in the early evening.  After checking into the KOA at West Glacier, we traveled into the park, and were rewarded with rich light on McDonald Lake, and intense alpen glow on the high peaks as the sun set.  The next day was drizzling, but the overcast created its own saturated colors as we drove the Going to the Sun highway. 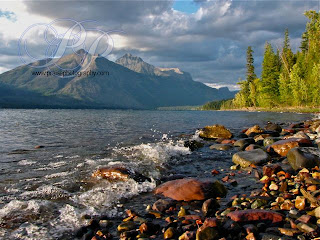 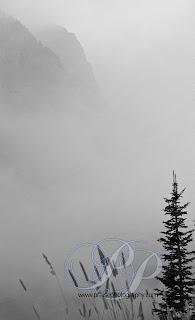 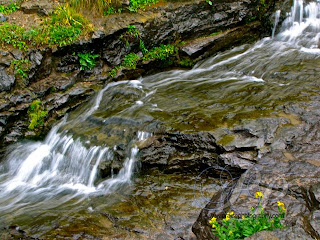 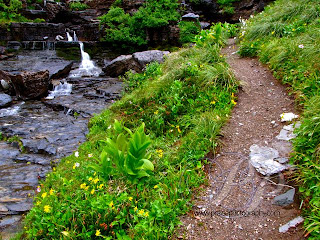 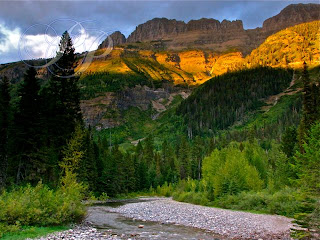 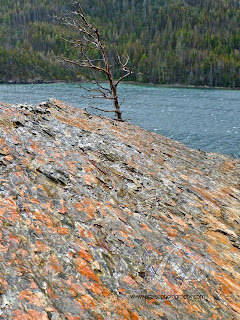 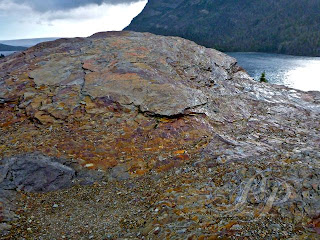 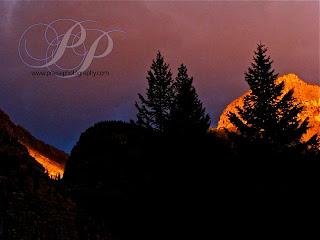 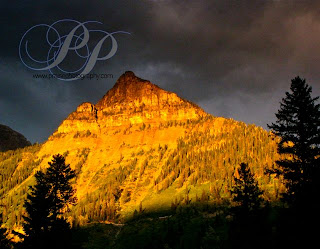 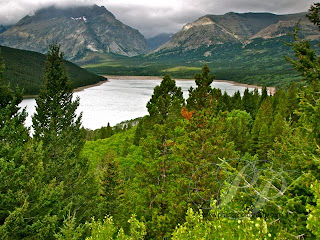 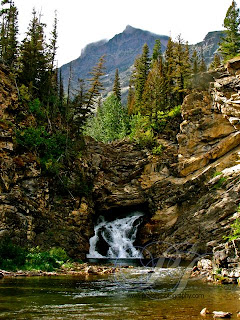 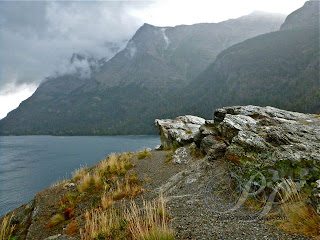 Most of the native plants and animals still exist here, and the vast array is overwhelming to contemplate–more than a thousand species of plants and hundreds of mammals, birds, and other animals. Sadly, with climate change, the original one hundred and fifty glaciers have diminished to twenty five, with some scientists predicting the end of this era by 2020.  Still, the rugged, glacial peaks and valleys, flowers and streams will endure, challenging the mind with their grandeur and their subtleties.