Of all the hikes I have been privileged to do in Oregon, the Hat Point trail into Hells Canyon is one of my top three.  Marshal, our Chinese MBA student, Bob Carter, my PCT hiking companion, and I spent two nights and three days in the canyon this last week of June.  The trail drops a couple thousand feet in three miles down to spring time green benches and massive ponderosa pine trees. Filled with wildflowers and bird songs, this is one of the most peaceful and awe inspiring place one could spend time.  The geologic forces that formed this canyon include volcanoes, inland oceans, tectonic plate collisions, more lava flows and the slow cutting force of the Snake river, which now forms the boundary between Oregon and Idaho. Measured from the heights of Idaho’s Seven Devils mountains to the river, the canyon is 7, 993 deep, deeper than the Grande Canyon.  Its long sculpted, layered benches remind one of the Grand Canyon, although the colors are shades of green and brown, rather than reds and tans. One is humbled to think of the Creator who spoke all this into existence and whose Presence is still there. Indeed, I felt I was truly in His holy temple. 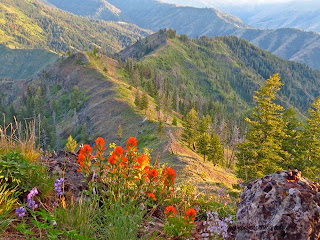 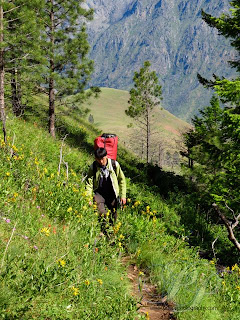 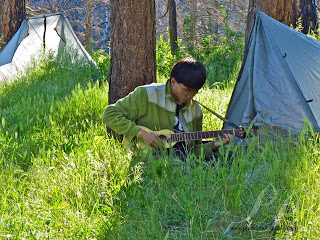 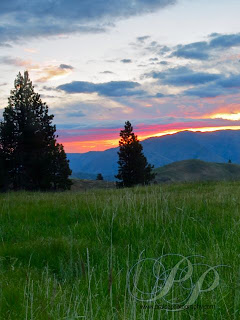 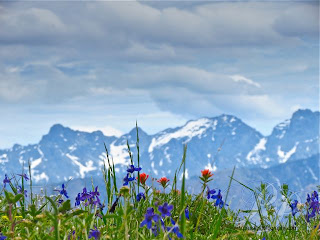