The second day on the Milford Track, although just nine miles, was the most challenging.  Between start and finish, Meg and I would ascend 2400 feet over MakKinnon Pass and then and descend 2800 feet, all in less then six miles. The weather began with a light rain, creating large numbers of water-wonderfalls. The the mist encompassed us as we began upwards on a rocky trail.  We felt that we were following the path of Bilbo and the Dwarves as they traveled to the Misty Mountains.

The New Zealand government commissioned Quintin MacKinnon in 1888 to push through a track so that tourists could travel from Lake Te Anau to Milford Sound. Despite torrential rain, alternating with hot days, he succeeded in October, 1888.

The route is majestic and magical, rated one of the best in the world. The clouds cleared slightly at the top, treating Meg and me to breathtaking, other worldly views.

The descent is another story, and will be taken up in another post. 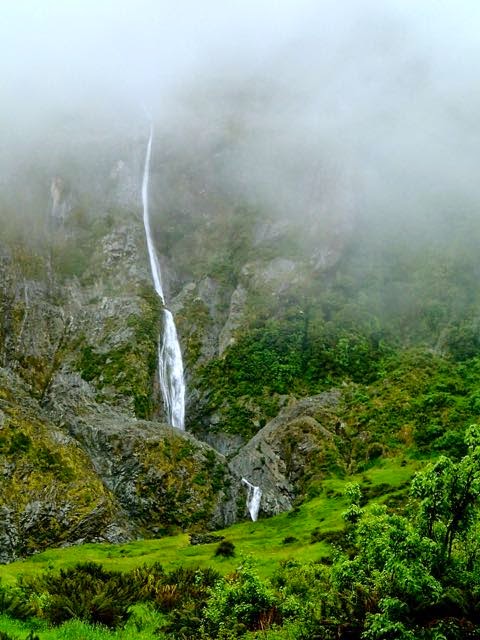 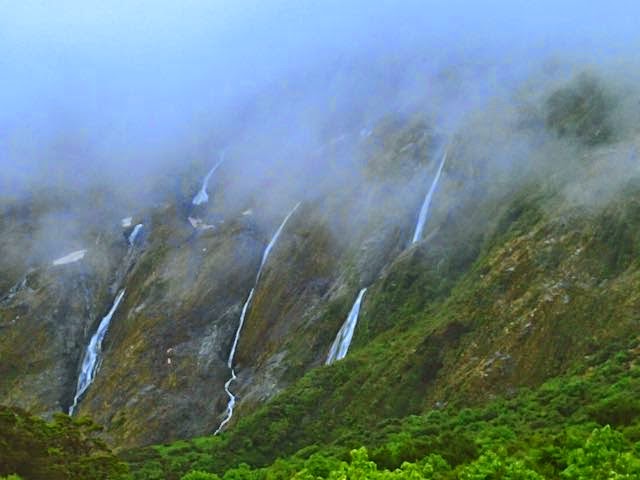 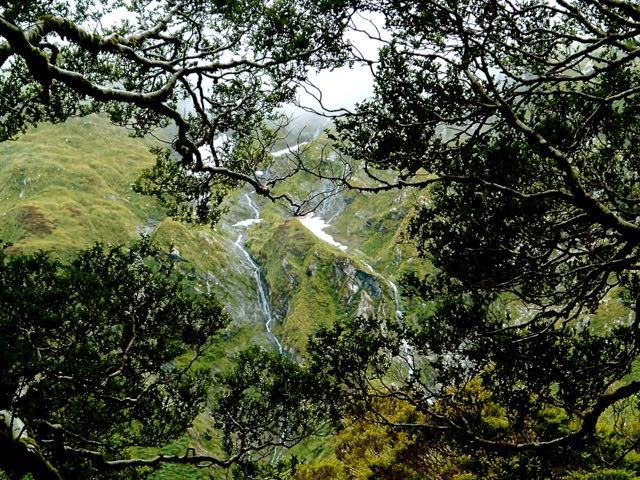 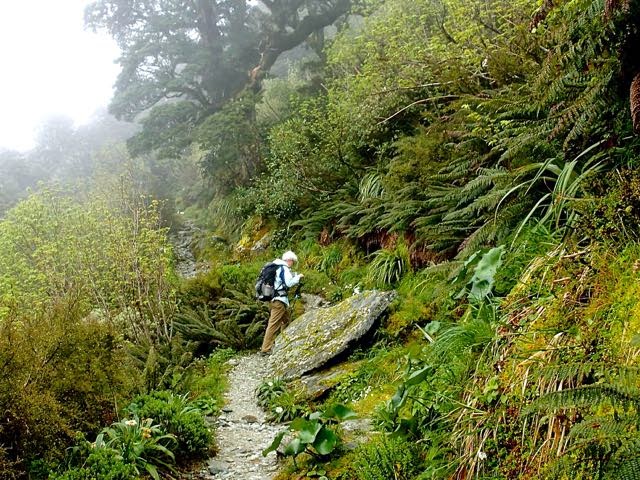 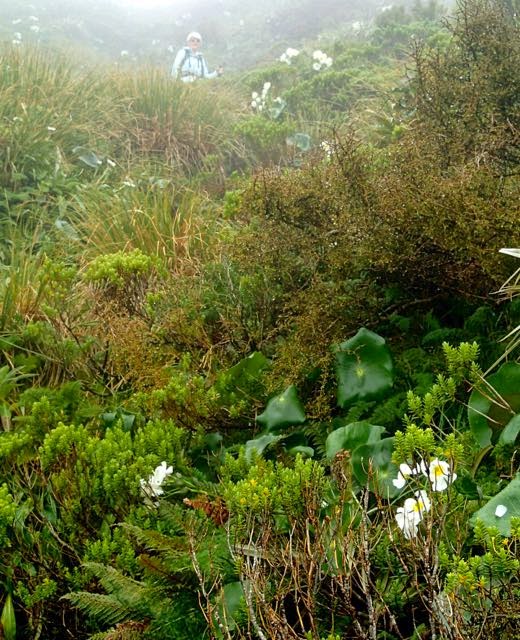 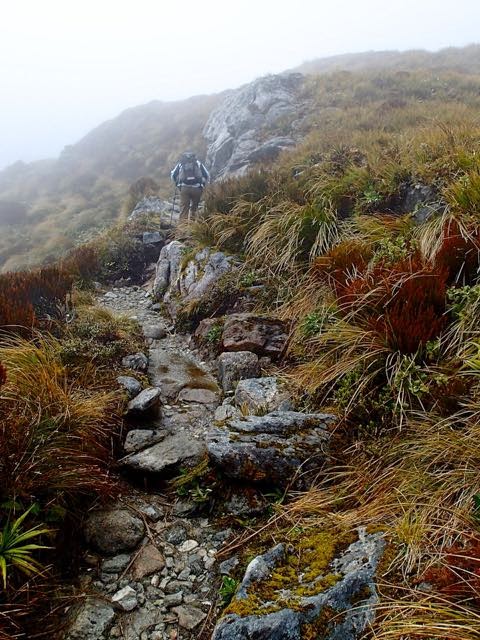