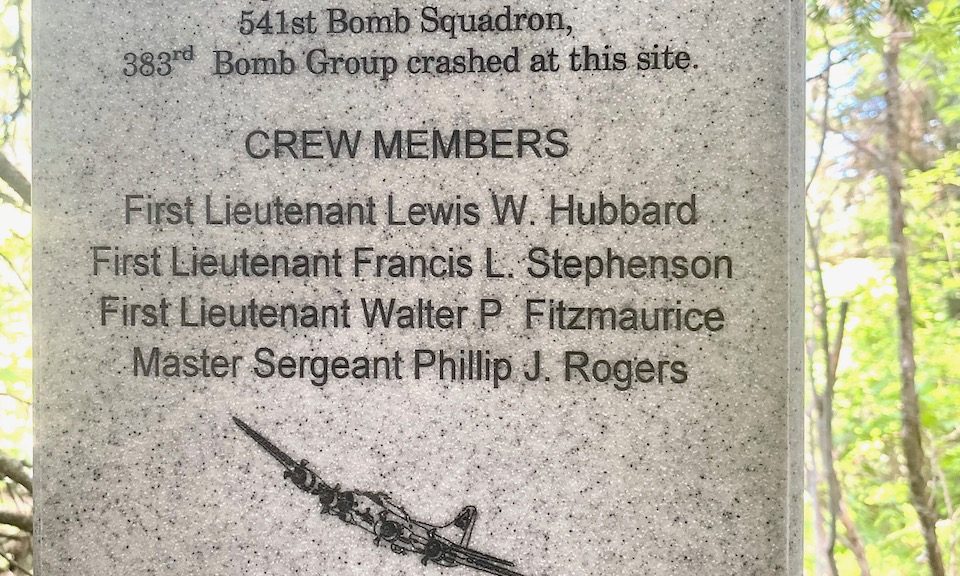 PAYING TRIBUTE
Victims of 1943 military training accident remembered
Dick Mason Oct 20, 2017, La GrandeObserver
The full story behind the 1943 deaths of four young men in a military training plane crash near Tollgate may never be known, but they will not soon be forgotten. Lyle Schwarz and Armen Woosley of La Grande made certain of it Wednesday.
Schwarz and Woosley installed a plaque honoring the four members of an Army Air Corps B-17 bomber crew who died Aug. 16, 1943, when the plane they were flying on a training mission crashed in a forest on the northeast edge of Umatilla County. The plaque was mounted on a tree at the site of the crash near Lake Creek Trail in the North Fork Umatilla Wilderness.
The plaque’s inscription lists the names of the members of the crew and salutes them as heroes who made the ultimate sacrifice for their country. 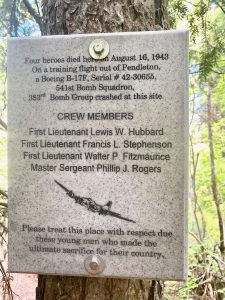