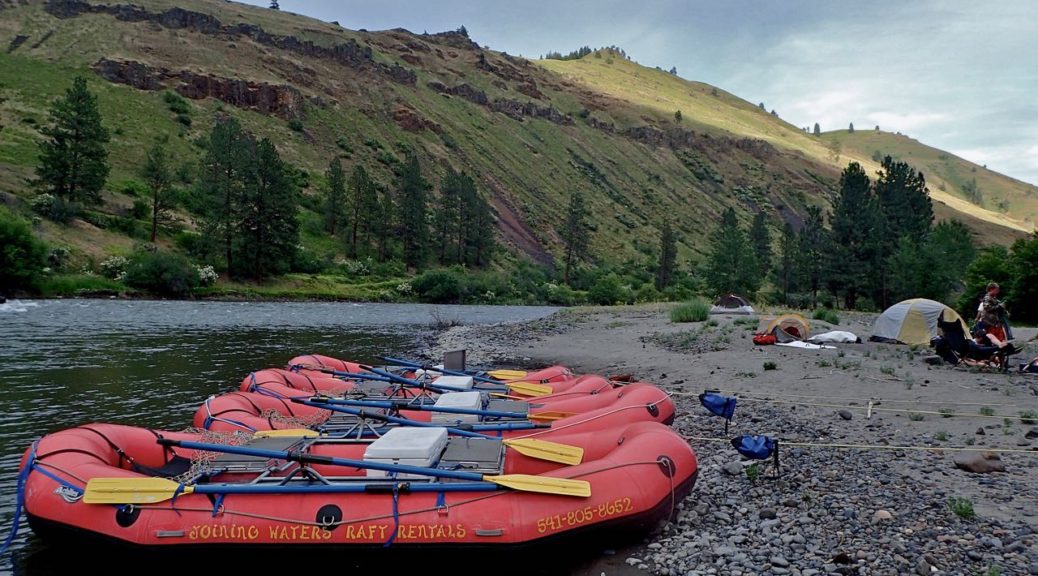 Thirteen Scouts, four adults with four rafts enjoyed three days on the Grande Ronde river from June 16 to June 18..  Three of the boats were involved in rescuing a party of five whose boat had flipped . Morgan, Nate, Tim, Caleb, Garren righted the flipped raft and collected floating gear, and helped out a father and son who had landed on a rock near shore,. Nick skillfully maneuvered the second Scout raft while Lucy, Kadyn, Elias  pulled a father and two young children out of the river, got them to shore and provided them dry clothes. Eric, James, Devin in the third boat heated up water with a jet boil stove, and furnished   food and drink to the the children and father.  It was a solid performance by the Scouts. Greg in the lead boat, was ahead of the accident. He had a campsite ready for us when we arrived.  David, Alex, Kyler, and Eli had walked up stream and alerted us where to land, and helped pull us in.